A fine art painting of Jesus Christ, the Light Of The World. Painting by Brent Borup. Many sizes available framed or as a single print. 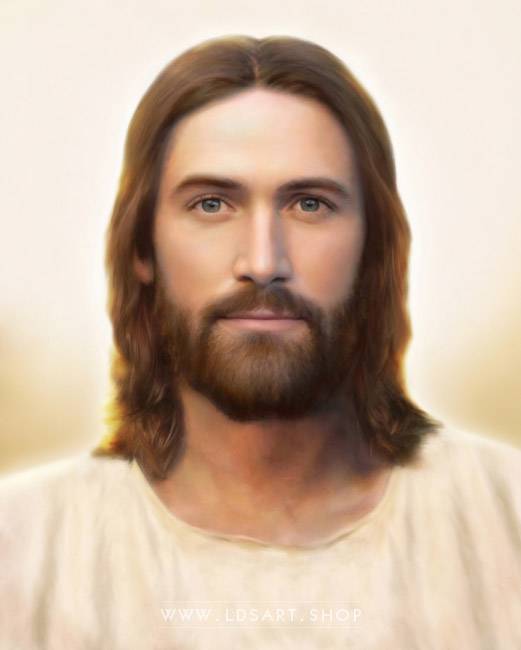 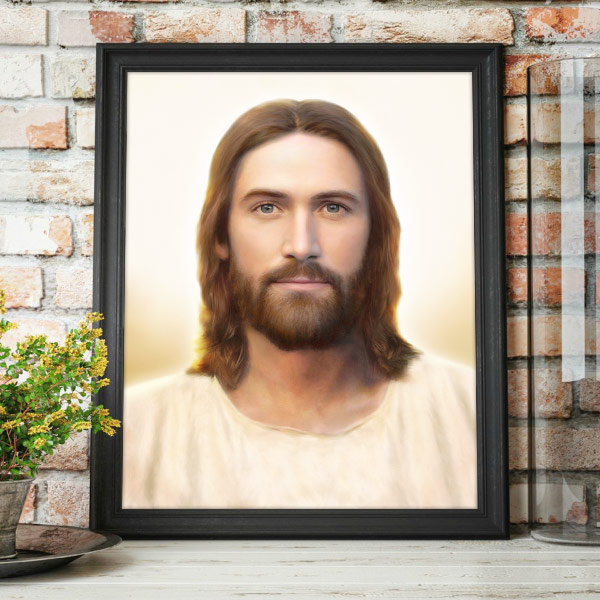 Throughout his whole life, there was one painting that Brent wanted to create more than anything else, and that was a perfect (in his eyes) portrait of Jesus Christ. Over the years, he had worked on many different portraits of Christ, but until he painted “Light of the World” he was just never quite satisfied with them. Since he painted this one piece, he has since based many paintings off of it.

Brent also finds it interesting that he painted this portrait of Christ at a very low point in his life. He had been seeing very little success as an artist. Then after a few weeks of unusually trying circumstances, he was extremely close to making a major career change. But in the end, he believed that Heavenly Father wanted him to stay the course. Brent decided to alter a previous but similar portrait using some new reference material. Once he did that, everything just seemed to fall into place. He firmly believes that he had some divine help that day, because it turned out that this was one of the easiest pieces that he had ever painted. He feels that this painting stands out more than any of his previous work for one reason – he wasn’t trying to paint what Christ looks like. He was trying to paint what He feels like. While Brent had never seen Him, he had definitely felt Him. And Brent believes that you can’t go wrong with a work of art if you’re able to somehow capture that feeling into it. This work is Brent’s way of sharing his testimony of Christ with others. He is real. He loves you. Brent wants people to look at this painting and know that.

Photo prints are great for all sizes and frames. All of our photo prints are printed using real, highest-quality photo paper and the traditional light exposure method. Framing your print behind glass is recommended. Print sizes 8x10 and smaller ship flat, while 11x14 and up ship rolled in a tube.

Our flat/rolled canvas prints are great if you want to pick out your own frame at your framing location of choice.

Shipped to you ready to hang, our canvas wraps are perfect if you love the clean, modern look and you don't want the additional cost of a frame.

Our gift prints are perfect for special occasions when you need a small yet beautiful gift. For a friend or family member or just for yourself or your family!

The 11x14 print is made from our amazing textured art paper, and then it is framed in an elegant solid wood or polystyrene frame of your choice.

Production time is about a week.

Shipped to you ready to hang, our framed photos are the perfect option for those who don't want to worry about the hassle and additional cost of getting a print framed. These are the exact same materials that we sell in Deseret Book and other stores.